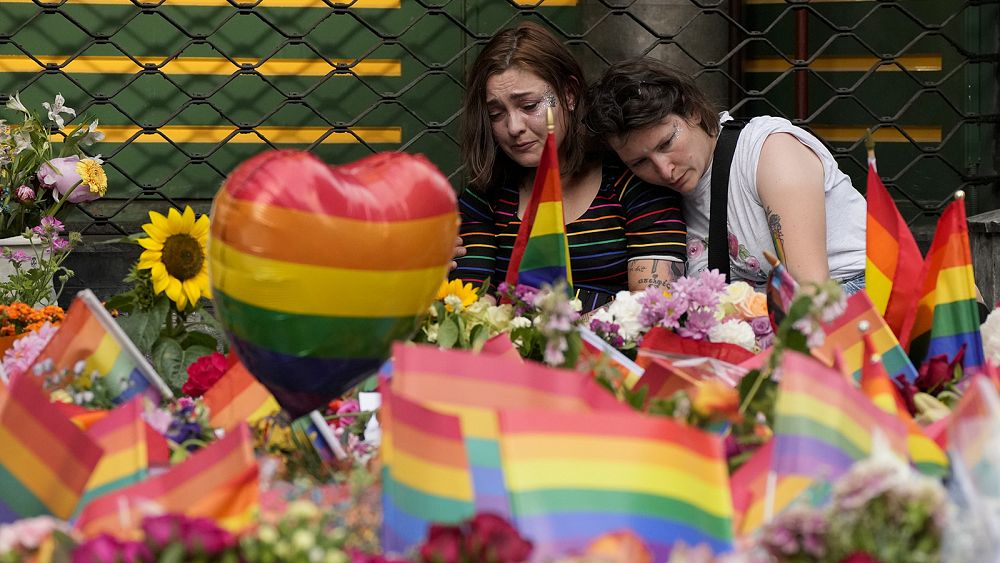 Norway’s high minister and contributors of the royal circle of relatives joined mourners at a memorial provider in Oslo Cathedral Sunday for the sufferers of a capturing within the capital’s nightlife district.

A gunman opened fireplace in central Oslo’s bar space at the night time between Friday and Saturday, killing two other people — a person in his 50s and every other in his 60s — and wounding greater than 20.

The Norwegian safety provider known as the assault an “Islamist terror act” all over the capital’s annual LGBT+ Delight pageant. A suspect is in custody.

The crime scene incorporated the London Pub, well liked by the town’s LGBT+ group, however police investigators have mentioned it was once unclear whether or not the cause of the assailant was once hatred towards sexual minorities.

Norwegian Top Minister Jonas Gahr Støre mentioned in a speech all over Sunday’s memorial provider that “the capturing within the night time hours put an finish to the Delight parade, nevertheless it didn’t prevent the battle and the efforts to battle discrimination, prejudice and hatred.”

“I know the way a lot of you felt when it grew to become out that the wrongdoer belonged to the Islamic group. A lot of you skilled worry and unrest.”

“You must know this: We stand in combination, we’re one group and we’re accountable for the group in combination,” Gahr Støre mentioned all over the church provider, which was once additionally attended through Crown Princess Mette-Marit.

Norwegian media have known the suspect as 42-year-old Oslo resident Zaniar Matapour, who arrived in Norway along with his circle of relatives from a Kurdish a part of Iran within the Nineteen Nineties.

The Norwegian home safety company PST mentioned Saturday it first become acutely aware of the suspect in 2015 and later grew involved he had develop into radicalised and was once a part of an unspecified Islamist community.

On Sunday, Norwegian media retailers reported that Matapour allegedly was once in shut touch with an Islamic extremist dwelling in Norway who has been identified to the Norwegian police for a very long time.